Eurovision, more than it meets the eye 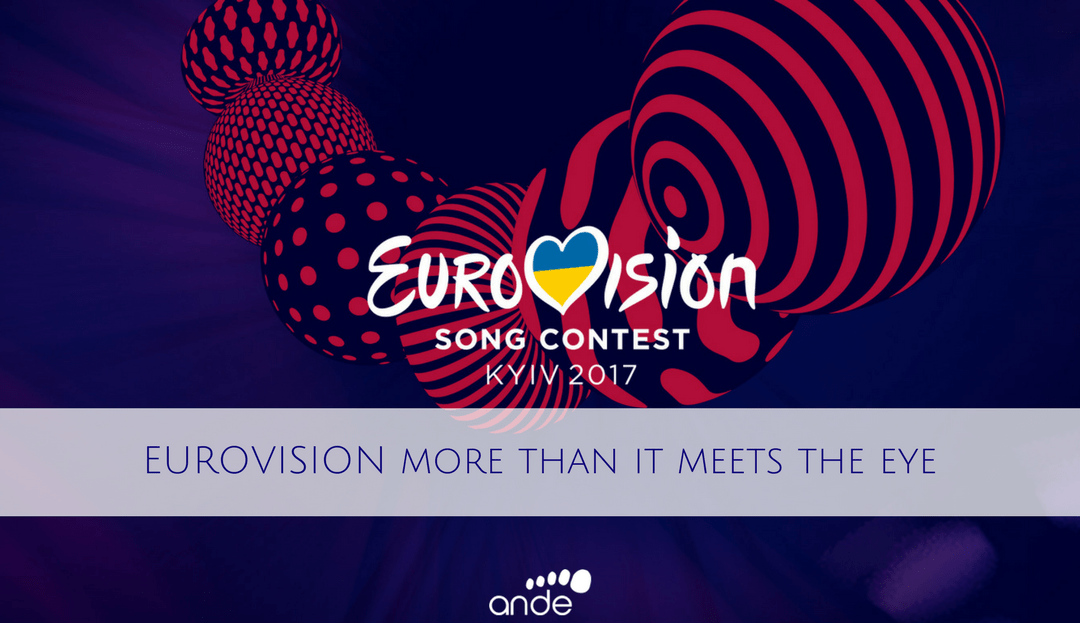 Eurovision is more interesting or complicated than it meets the eye. Yes, it is about artists from all over the European continent getting together for a week or so. But it is so much more than that. It’s about the integrating element that holds or breaks the contest: Culture.

This contest is about diversity, passion, inclusion, collaboration, collective hysteria, teamwork, communicating within multidisciplinary teams, clothing, language, preferences, local identity, biases and assumptions and a place where artists and collaborators share a message (can be a personal message or a collective/country message).

The  theme for the Eurovision 2017 was Celebrate Diversity – “The notion of celebrating diversity builds on last year’s theme of ‘Come Together’ and is at the heart of Eurovision values. It is all-inclusive and all about countries around Europe, and beyond, joining together to celebrate both our common ground and our unique differences, as well as some great music.”

The Eurovision is not about borders, ideologies, politics or division. Is about reaching beyond boundaries, finding what unites us human beings: music, diversity and unity, collaboration and passion expressed with music and unique performances. It is about celebrating culture!

Culture matters and impacts our daily lives. Let’s have a closer look at the Eurovision: what lies beyond the eye?  Let’s take a magnifying glass and zoom in on some important aspects of the Eurovision.

Misconception: Eurovision is not about the European Union –EU. Never was and most probably never will.  This assumption/misconception has been used many times by anti-Europe protesters to leave the Eurovision contest.

Going back to own roots:  Most of the songs are about roots, family, going back to basics, norms, values and beliefs.

Crossing cultures: we have seen how artists combine different local aspects with more universal ones. This year it was the Rumanian entry which combined yodeling (originally Swiss) with hip hop.

Delivering a message:  in 2014 Conchita (The bearded woman) delivered a song and performance putting the issues of the LGBT community on higher podia, becoming a leader for the LGBT movement.

Showing identity:  clothing is often used to give a statement, show a cultural background, or sense of belonging but clothing is also used as a symbol of outrage, individualism, protesting or just to blend in.

Collective sense of belonging: in 2016 the theme of the Eurovision was “Come Together” Europe had gone through a series of terroristic attacks and the organization wanted to underlie resilience, tolerance and acceptance.

This is the power of culture uniting over 40 countries for one purpose: music, supported by national pride, identity and culture. Culture matters!

The Eurovision 2017 logo and theme are explained in this video. Enjoy!