Networking across cultures can be a deal breaker, but you got to play it right 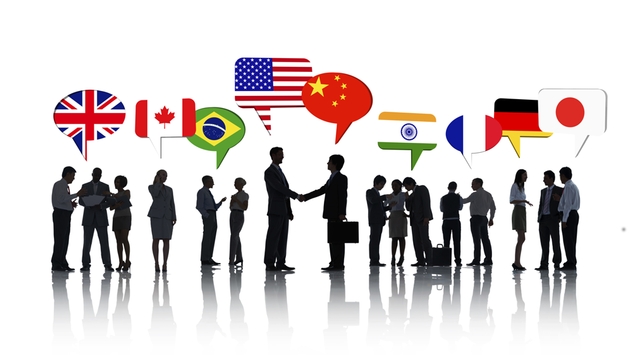 When networking across cultures you need to be aware of the local customs, norms, values and the etiquette. How to navigate the waters of intercultural networking with success?

Before I go to any network event I am sometimes looking for “valid” excuses for not attending: weather, too busy, too far and so on. But the bottom-line is that networking for me can be a bit of a stressful process. It was not always like this.

When I lived in Latin America and Italy -I now realise- I was networking 24/7: every contact with another person created a connection. I was about 32 years old and single when I moved to Reano, a small town in Northern Italy, and by doing so became the new kid on the block. Aware of how people looked at me, a Northern European with a Spanish accent when speaking Italian I realised I was not received with open nor warm arms, but they were willing to engage with me.

After a couple of visits to the bakery across the road of my house, the folks at the bakery became my information centre. My visits started short and were limited to buying bread, but the people kept probing me with questions and stares. Slowly, the visits to the bakery turned from a 5 minute short stop to a 15-30 minutes errand. It was a social gathering place for the town. Almost all my questions could find an answer there: who is a good gardener? Where can I buy fresh eggs, meat and vegetables? Who does repairs? Where this, where that? Not only would I get good advice but many discounts and extras. I would ask a question and a couple of days later from a different corner I would get the answer. The issues at hand would be solved.

After 3 years in Italy, I moved to The Netherlands, my parents’ home country. It struck me that I felt unsafe and out of place. Meetings where I did not know any of the attendants almost felt like unwelcome. Never said a word too many at the bakery, a place I went to every single day. Two years later when I moved to another town I had not even met my neighbours!

In the Netherlands I was working for an engineering company which happened to be in the midst of a re-structuration that meant changing from a Dutch company to an international organisation. For my work I was expected to connect with both with Dutch and international colleagues. Oddly, I felt like a fish out of the water when relating to most of my Dutch and German colleagues, whereas I sparkled when I was with the Chileans, Spanish and felt comfortable with the North American colleagues.

One day, my boss asked to explain to him why the success of my relations with the international colleagues. Where most of the Dutch colleagues were working hard to get things done, I just had to make a request and it was solved. During the dialogue he told me he could see I was engaging and happy when moving within the international sphere and struggling in the Dutch one.

I realised then that it had to do with my perception of culture, networking style and preference for creating true connections, rather than connecting to achieve a goal!
When I was speaking in Spanish and English, I felt comfortable. Not the case with my broken Dutch. When talking to foreigners, we would stand close to each other and conversation would be about kids, pets, etc., as opposed to speaking to the Dutch were everybody would stand keeping physical distance and discussing the weather, asking for a favour or giving instructions. It was efficient versus inefficient time management. When relating with a Dutch or German colleague I knew I would be home on time, while I never knew if I could make it on time when I was talking to my international colleagues. It was about knowing things were going to be done rather trusting things were going to happen.

Since then, I have learned by observing and asking about the different cultural rules and have learned to use networking to create connections and win-win situations. My address book has names from all over the world, from the USA to Argentina, from China to Armenia and from Iceland to South Africa. I have worked to keep in touch with international students that were in Italy, to friends I made in Honduras during my work with UNDP. I connect with most of my relations via a personal email, call, a personal posting on Facebook or reacting to a news or photo I see somewhere. I have learned to adapt my networking style to the people I am relating to.

When networking across cultures we need to be aware of the local customs, norms, values and the etiquettes. When we are the “outsider” we ought to make sure we adapt to our guests not the other way around.

An American visiting The Netherlands should not be flaunting that they are the best, (Dutch would not believe it, by the way) but be open, humble and listen before blurting how good you are. The Dutch have a Calvinistic way of looking and experiencing life; measure, modesty and listening will take you a long way. A Dutch should not assume that when In Pakistan they can just say whatever they think and forget the country’s etiquette. As well as a Pakistani will go a long way in any Latin American country if they are friendly, open and interested in creating trust and relationships before going a step further.

When travelling abroad, spend some time in researching the country, its customs, norms and values as well as their way of doing business. Be willing to go “local” and you will achieve the results you are looking for.

One extra tip: in any culture, be first of service and then ask what you want.