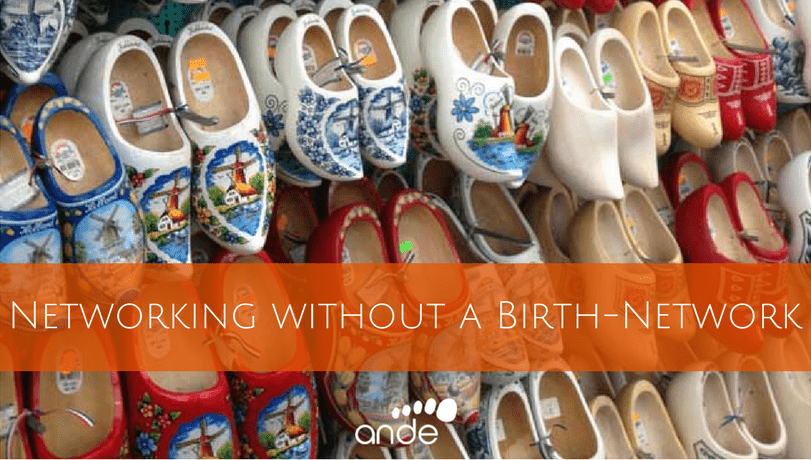 Networking can be a challenge; it can be nerve-racking, even stressful. When you network in a place which isn’t your birthplace, you can add feeling awkward to the mix. But it does not have to be that way.

I was born in Venezuela and before I moved to The Netherlands some 20 years ago, I lived in 8 different countries. During the first 7 years here I worked 70% of my time abroad as what I call an “in-transit consultant” (in with the plane for a job and couple of days off to the next job). When my daughter was born I choose to work and live differently and became just a very occasional “in-transit” consultant to then become a Dutch consultant. Well, I can tell you that this trip has not been an easy one… I thought life here was similar to what I was used to. With the years I realised nothing was farther from the truth. I still struggle, with the difference that I now know things I would have liked to have known 20 years ago.

How networking works in different countries

In many countries (Latin America, Mediterranean countries, Africa and some Middle Eastern countries) private and work life are the same. The lack of boundaries between work and private makes people more bonded with each other, hence they invest more in the relationships. People tend to see their network as an extended family. The downside is when things go wrong you can find yourself without friends or relations at once. Whether you are a local or a newcomer, in these countries you will easily find somebody willing to show you the ropes and introduce you to a lot of new people.

In the Netherlands and in other Northern European countries, as opposed to Southern countries, there are definite boundaries between private and work and between groups (sport groups, school mates, college mates, etc). In The Netherlands neither social nor professional boundaries do crisscross. It’s all kept in compartments. For example, my daughter had a boyfriend who was a bit older than her friends, did not study at the same high school nor did he live in the same town as most of her friends. Result? No one of Kendra’s network got to meet him. A year later they still went to separate parties and concerts because the friends did not belong to the same group! In Venezuela, they would have been hopping together to all kinds of events and made new friends together leading a very busy social life.

Do you want to succeed in your new country?

About 10 years ago while I was talking to Barbara, a British friend married to a Dutchman, she told me: “Dear Edmée I think you have the biggest cultural shock I’ve ever seen! If you want to succeed in Holland you need to understand the Dutch a bit better and remember that the Dutch living outside Holland is a different type than the Dutch living in The Netherlands.” It’s a pity I did not take her very seriously at that time, which would have saved myself and my family a lot of headaches.

There are unwritten rules you need to understand and respect. In my case it was realising that Dutch keep the different areas of their lives separated and developing the skills of ASKING and listening, would help me a long way! Therefore when in a “private/social” network people talk about family, kids, vacation, etc. While in a professional network the conversations revolve around the projects that are keeping you busy, the clients, and so on. Subjects that are safe in every occasion are the weather and football.

Because Dutch networks are so segregated and impermeable you need to know how and to whom you can offer, share and ask things. This segregation makes it difficult for people to grant you things that might become entangled in other segments of their lives. The Dutch language has a word I love: “GUNNEN”, which means grant, wish good things upon you, share. This concept of granting, sharing and wishing you well does not really work when boundaries cross the way they do in Latin countries. When you behave generously (from your point of view) the Dutch wonder if your intentions are genuine and if they can trust you.

That being said, while in Latin and African countries several meetings, coffees, lunches and dinners need to happen before any concrete business is being discussed, in The Netherlands, you can start talking about business, and expenses right in the 1st meeting.

If you are serious about succeeding as an entrepreneur or manager in The Netherlands, or for that matter in any other country which culture is not similar to yours, make sure you are meeting people at the right network event and create a trust environment before you can feel accepted.

My advice to you is learn to navigate across the groups and to keep an eye on the subtle differences. For instance, the long-term agenda in The Netherlands was a challenge for me as Dutch people are busy people and their agendas are weeks, even months booked in advance.

For a foreigner, networking in The Netherlands means hard and constant work and good agenda management skills. Be open, friendly and accept Dutch boundaries and learn to “directly” ask what you need. Explain in detail so others know exactly what is you are asking for. Remember to post your question on the right network. In compensation, it can bring great things to you when you play the networking game well.

Every country has its own ways. Keeping an open attitude, and asking questions that help you to better understand how a given culture networks, will save you bitter or awkward moments and bring you rich opportunities

P.S. Welcome to The Netherlands